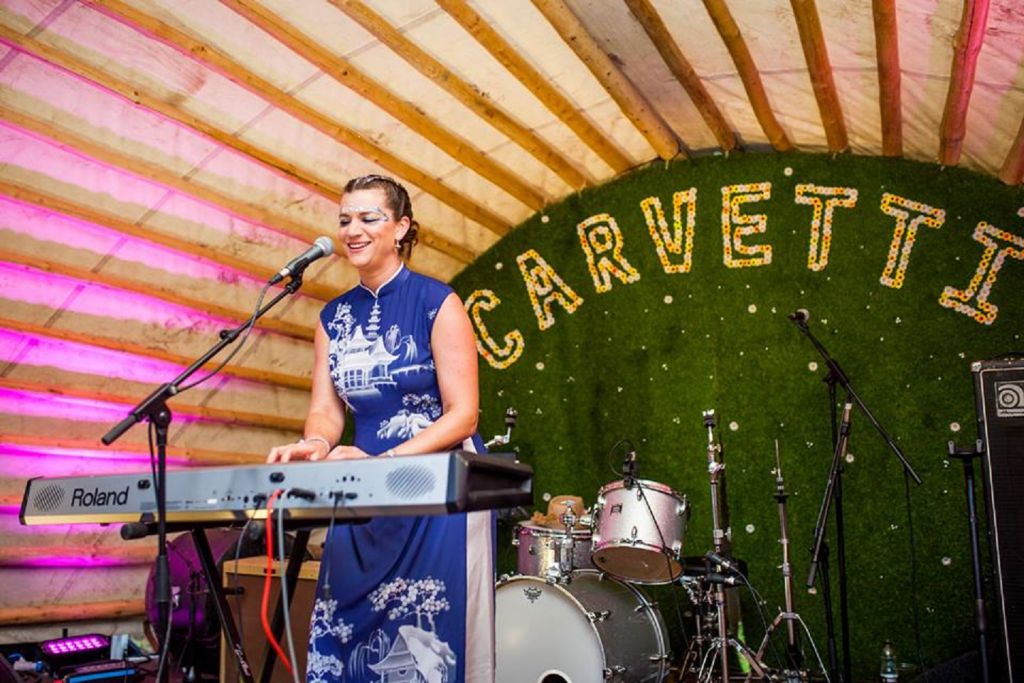 In August 2013, Claire Cameron uprooted herself from the UK and moved to Vietnam to experience a different life. It was time for some new inspiration and a complete change of pace.

‘Moving to Saigon (now Ho Chi Minh City), Vietnam in 2013 was one of the most exciting and challenging things I have ever done. This song is for the city that initially overwhelmed me and now has become the place I love to live.’

Claire started composing ‘Song for Saigon’ just a couple of months after arriving in the city, as soon as her Roland FP2 electric piano arrived by sea. The idea for the song began with a punchy piano line, mimicking the rhythms she heard from the confines of a fourth floor apartment in District 1. The soundtrack to those first heady, busy and noisy days began every morning and ended every night with hammers, concrete mixers and general construction noise! Soon the other sounds of the city overlapped and joined in – motorbikes, street food vendors, and people going about their day between the office, local restaurants, markets, malls, and shops.

Gradually it became clear that somehow all of the busy traffic spilling onto the pavements, (which are crammed with stalls, bikes, people and even the odd chicken!) and unusual approach to weaving around other vehicles and people somehow worked.  The hot and heavy humidity adds another layer of feeling to this engulfing effect that Saigon has on a person. After living in amongst it all, and taking some time to adjust and relax, it becomes easier to literally go with the flow and be part of the way the locals get around.

‘What I’m trying to convey is the chaotic yet relaxing atmosphere, the charming Vietnamese people and the amazing place that Saigon is; a place which is growing, developing in a rapid yet somehow relaxed manner which focuses on now, and the positives of the past and future. Modernity next to tradition and new life alongside old culture and beliefs. All of it comes together and works in a unique way, making it the city she is to live in – as if Saigon is an incredible woman with a young and an old personality.

After I lived here a while and got to know Vietnamese friends, colleagues and general attitudes I realised that there is a rhythm like a tide and a shoal of fish moving in the water (the motorbikes) and the chorus of ‘stop, watch the ride’ is about stopping to appreciate and understand, seeing that actually everything has a purpose and a rhythm and a pattern.

I sent the song to the other members of Claire Cameron Band back in the UK as a rough piano/vocal demo track recorded on a hand-held recorder in my music room here in Vietnam.  They rose to the challenge and after only one rehearsal between Pete (Guitar) and Jim (Drums) met me and Mike (Bass) at No Machine Studios to record with Neil Sadler.  The layers of the city I had witnessed and heard only in my head previously were suddenly there with the addition of the boys’ parts and it was really exciting to hear Song For Saigon truly coming to life!’

The beautiful cover artwork for the track was designed by Nguyen thi Kim Hue, who captured the image on a busy night in District 1 where the song began.

Claire Cameron Band ‘Song for Saigon’ is out now

“ From the first time I saw Claire Cameron play I knew a brilliant recording would one day emerge, Time Will Tell is a truly incredible collection of songs, Claire's vocals are impressive and her keyboard style suits the emotional journey of the album exceptionally well. Having seen Claire live many times and having heard the... continue reading ”